This call for papers aims to revisit the history of Internet and the Web within a specific decade that coincides with the Web’s availability for the general public: the 1990s.
How did the course of Internet History change in the 90s? Which continuities and turns, tensions and debates emerged within the Internet community, within digital communities, and more generally within society at large? How can we map the Internet and the Web of the Nineties? Who were the key actors and more hidden figures of their adoption and massification? How can we characterize the digital cultures of the 1990s and reconstruct and revisit them? What did Web browsing meant for Internet users of the Nineties? How can we explain nostalgia today for this past Web? 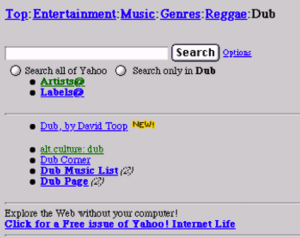 We hope to explore these questions and many others in this special issue, through global, transnational, national, regional and local histories.

–       The mass diffusion of the Internet: its rhythms, patterns, issues, actors, limits

–       The heritage of previous times, models, projects and achievements in Internet history

–       The communication around the Internet and the Web (in media, advertisements, political or economic discourses, etc.) and their socialisation

–       The Web of the 90s and its relationship with convergent media dynamics/histories of the period (e.g. television, telecommunications, print…)

–       Digital archeology and the reconstruction of digital communities and vanished spaces

–       Discussions on the place and on the 90s turn within the history of the Internet and the Web (realities, limits, critics…)

Of course, we encourage and welcome other topics and perspectives on the 90s as a turning decade for Internet and the Web.

The proposals are to be submitted to

They need to fit on one page, detail an explicit angle of analysis and outline, and integrate a short bibliography.

Selected authors will be invited to submit then a full paper through the editorial system, which will undergo full peer review and will determine acceptance of papers for publication.

Deadline for the submission of proposals: September 20th 2017

Internet Histories: Digital Technology, Culture and Society is an international, inter-disciplinary peer-reviewed journal concerned with research on the cultural, social, political and technological histories of the internet and associated digital cultures.

More information on the journal can be found at

Instructions for Authors are available at

Should you have any questions regarding this CfP, please feel free to contact us: